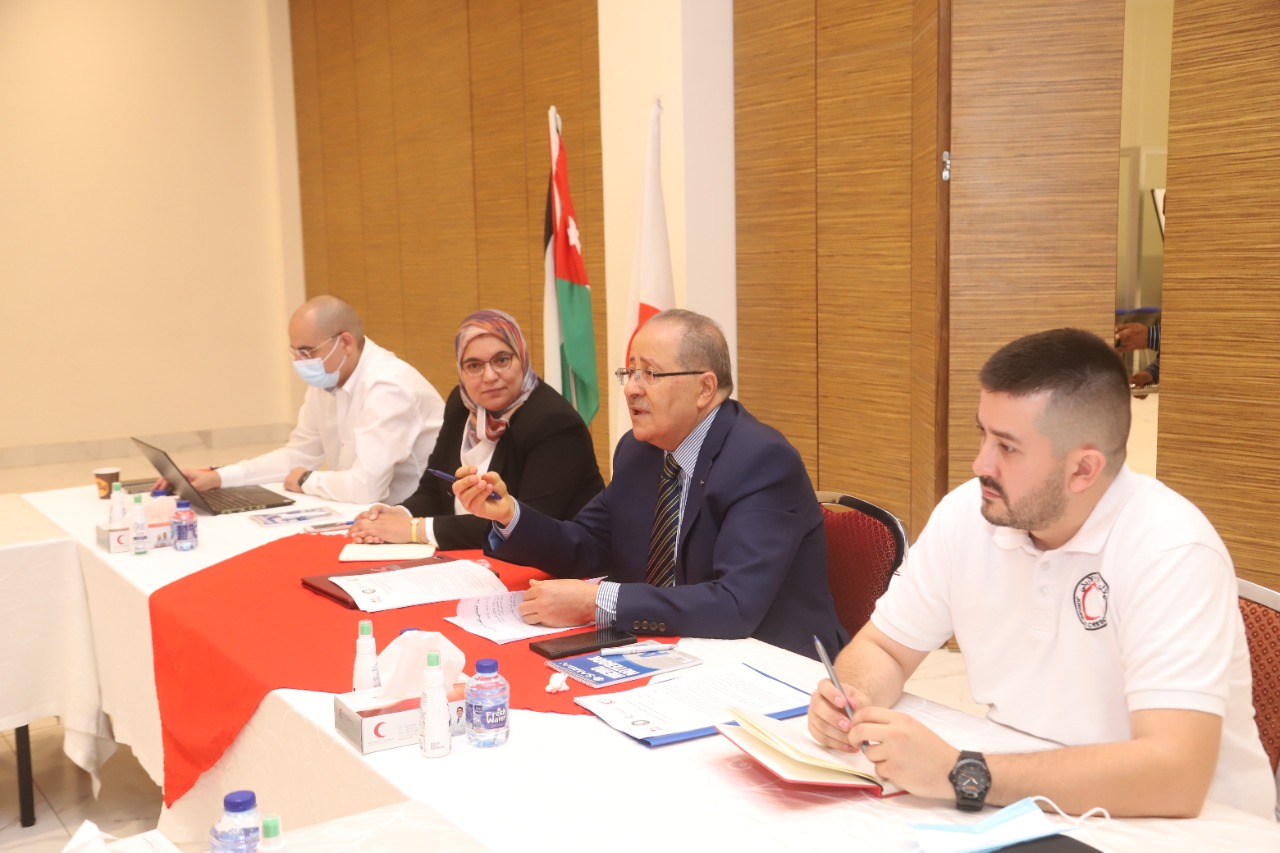 A Jordanian-Egyptian-Iraqi meeting kicked off on Wednesday to follow up on the outcomes of the tripartite summit of His Majesty King Abdullah II, Egyptian President Abdel Fattah Al-Sisi, and Iraqi Prime Minister Mustafa Al-Kadhimi last June in Baghdad.

The two-day meeting aims to develop a model of cooperation and integration in the humanitarian field in the Middle East and North Africa that stems from and is consistent with the strategic direction of the political leadership and sets a practical framework that allows identifying common challenges and needs.

Hadid reviewed the key outcomes of the tripartite summit, which focused on humanitarian work, including stopping the Israeli aggression, which are at the core of the work of the International Red Cross and Red Crescent movement, calling for monitoring Israeli violations and alerting the world to them and holding an international peace conference.

On the Syrian refugee crisis, he pointed out that the final statement of the tripartite summit addressed the issues of refugees, community security and the COVID-19 pandemic, stressing that it is necessary to educate young people to steer clear of extremist groups and to provide services to refugees. He also pointed to the importance of food security, which His Majesty King Abdullah II warned about, and the role that the Red Crescent societies can play in this area.

Afghanistan: UN to hold emergency meeting as Taliban says Afghans who tried to flee the country can return but ‘will face court’

Hurricane Ida live – latest US weather updates: One dead but Biden says number ‘likely to grow’ – as 2 million estimated to be without power